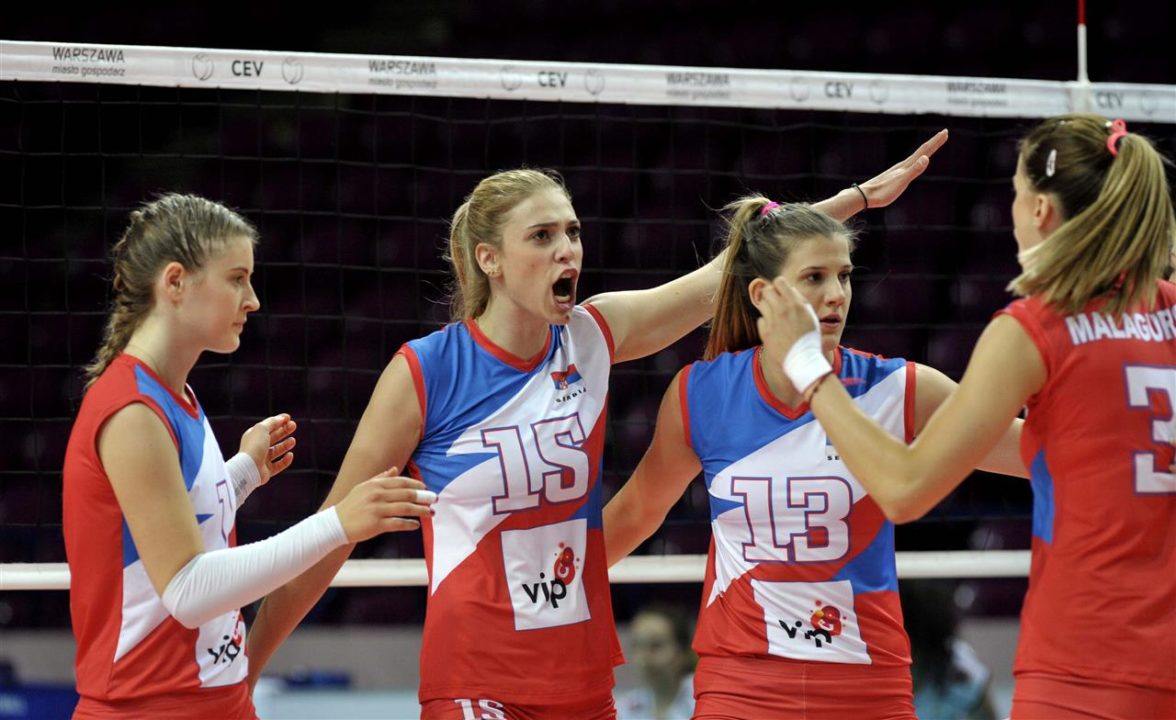 Nine players from the 2016 Olympic team are on Serbia's roster for the World Grand Prix in July.  Current Photo via CEV Volleyball

Serbia, the 2016 Olympic silver medalists, rolled through Pool B of European Qualifying for the 2018 World Championships with a 5-0 record to punch its ticket to Japan. All but two members of that squad are listed on the FIVB World Grand Prix roster.

Boskovic, who led all scorers and managed 82 points (7.45 per stanza in 11 sets) in four qualifying matches, will be available to the Serbian side for the Grand Prix. Boskovic also managed 69 kills (6.27 per set) and hit at a 51.28 percent clip.

New to the roster are opposite Sara Lozo and libero Teodora Pusic.

Missing from the European qualifying roster are outside hitter Katarina Lazovi and middle blocker Jovana Kocic.