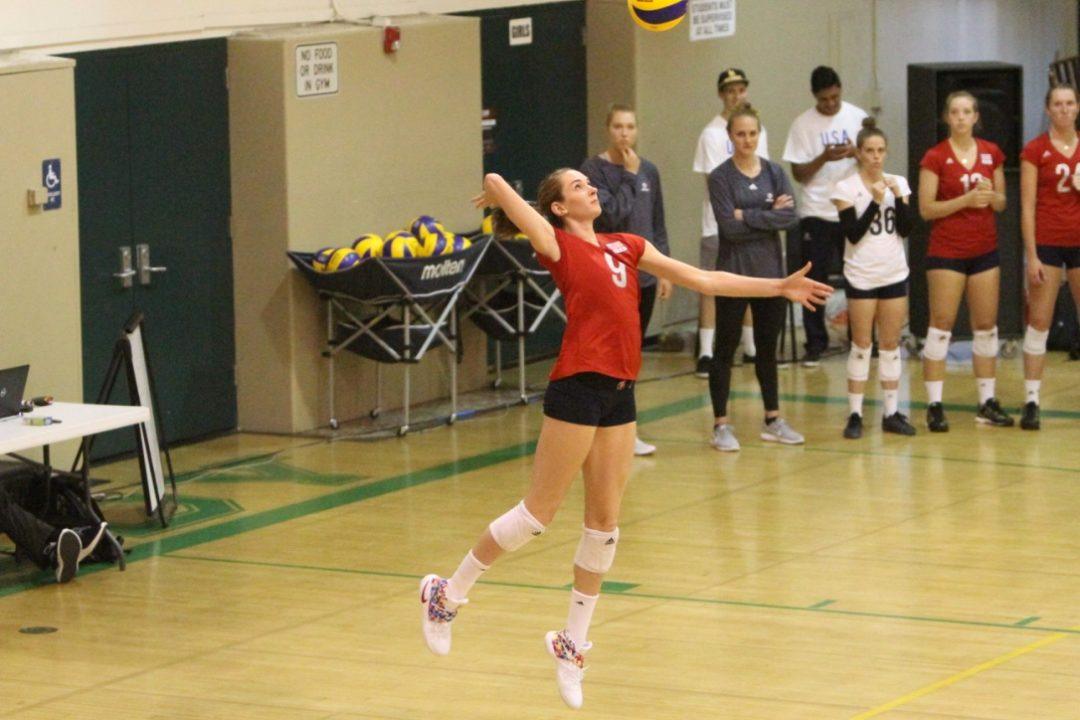 The USA women’s national team hosted their final Red-Blue Scrimmage at Kennedy High School in LaPalma, California on June 2. The scrimmage consisted of four sets played to 25 points, with players switching between the Red and Blue teams.

Megan Courtney led all scorers with 13 points on 11 kills and 2 service aces. Michelle Bartsch and Madi Kingdon followed with 12 points each; Bartsch had 8 kills and 4 blocks, while Kingdon finished with 9 kills, 2 service aces, and 1 block.

Setters Lauren Carlini and Micha Hancock rounded out the scoring with 3 points each.

The USA women’s team will now prepare for the FIVB World Grand Prix, which begins July. The 21-player roster was just released for this tournament.