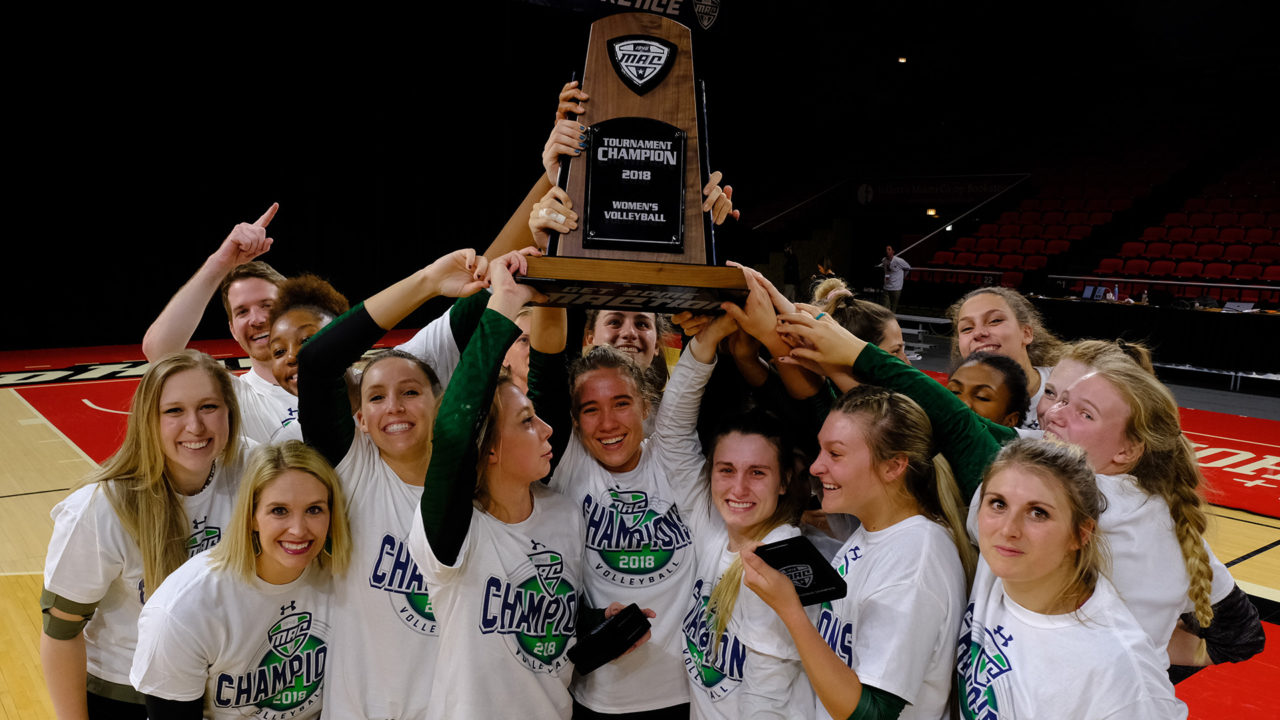 All but five of the 32 automatic bids to the NCAA Tournament have been claimed with a week remaining in the regular season. Four conference tournaments are ahead this week.  Current Photo via Eastern Michigan Athletics

All but five of the 32 automatic bids to the NCAA Tournament have been claimed with a week remaining in the regular season. The group of known members of the 2018 NCAA field includes four newcomers: Bryant, Eastern Michigan, FGCU, Navy.

Bryant made 11 NCAA appearances as a Division II member with the last coming in 2007. The Bulldogs became postseason eligible at the Division I level in 2012.

Remaining to be decided:

In addition to the 32 automatic berths, 32 more teams will be selected with at-large berths. The NCAA Division I selection show is set to air live on ESPNU at 8:30 p.m. ET Sunday, Nov. 25.