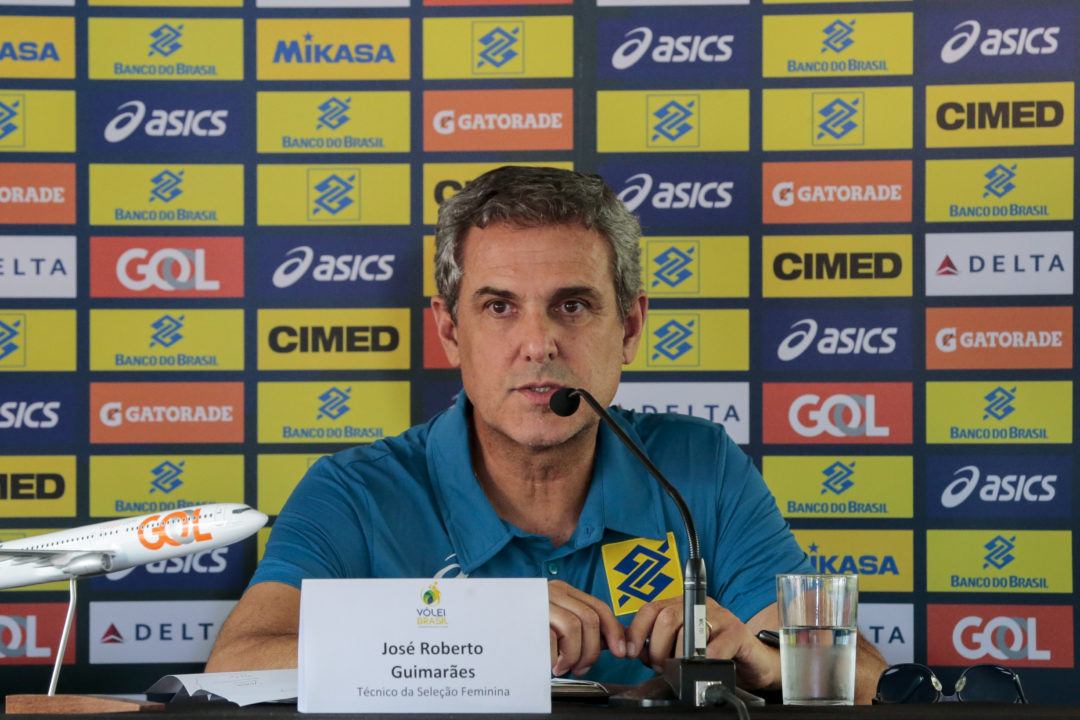 With four competitions on the horizon this summer, Brazil has announced the players selected to train for the Montreux Volley Masters and FIVB World Grand Prix.  Current Photo via FIVB

With four competitions on the horizon, Brazil has announced the players selected to train for the Montreux Volley Masters and FIVB World Grand Prix. The Brazilians are the defending World Grand Prix champions, and have won three of the last four titles (also 2013 and 2014).

Of the 15 players called up for the Montreux Volley Masters, which is set for June 6-11 in Switzerland, only three were members of the 2016 gold medal Olympic team. Middle blocker Adenizia Ferreira da Silva, outside hitter Natalia Zilio Periera and libero Leia Henrique da Silva Nicolosi are the holdovers.

“We are going to have four competitions – Montreux Volley Masters, World Grand Prix, South American Championship and World Grand Champions Cup, which will close our season in September,” head coach Jose Robert Guimaraes (Ze Roberto) said. “We usually call the players for each tournament because this post-Olympic year is to check and give some players a chance to show their skills, their evolution. This year we will start with Montreux.”

Juciely adds another Olympian to the ranks and is coming off a second place finish at FIVB Club Worlds with her Rexona SESC team, the reigning South American champions (2016 and 2017). Guimaraes, Pavao, Roberta Silva Ratzke, Carol Da Silva and Drussyla Costa also play for Rexona.

Souza, who competed at outside hitter with her club Volei Nestle Osasco at the 2014 and 2016 FIVB World Championships, is making the switch to libero

“Gabi has all the skills to make that position,” Ze Roberto said. “She is a player who has an extraordinary personality and attitude. She has accepted the challenge.”

Brazilian fans will get their first look at the new lineup at a pair of friendlies against the Dominican Republic on May 30 and June 1, ahead of the Montreux, June 6-11.