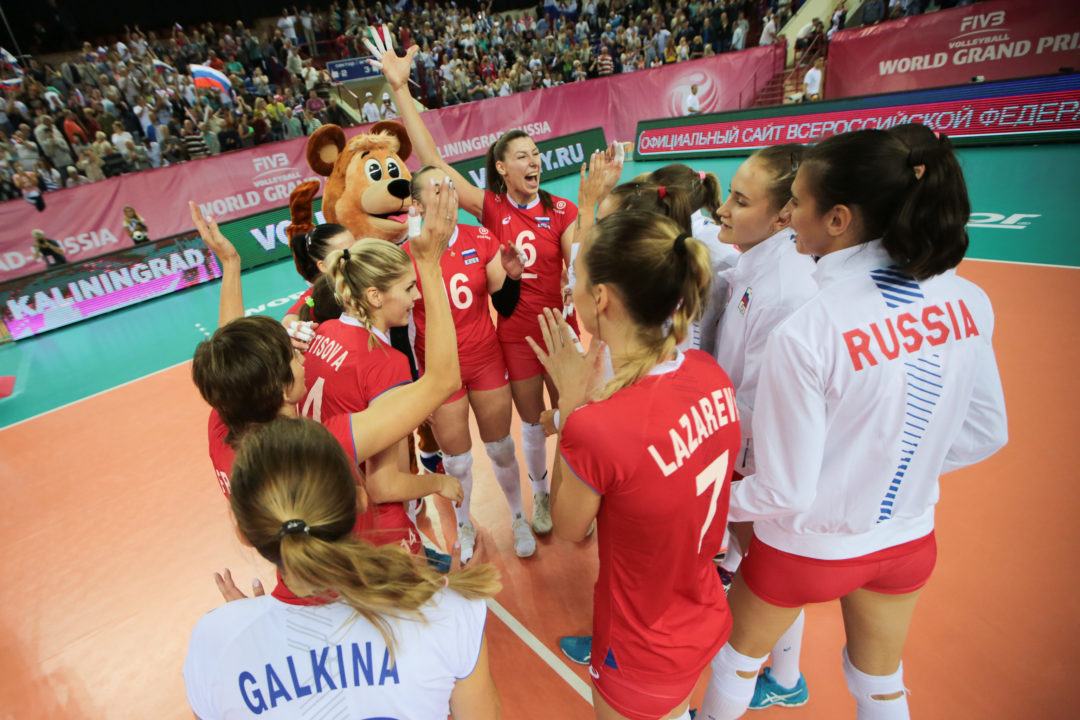 The Dutch rebounded from a loss in its Pool C1 finale with a three-set sweep of Belgium on Friday. Meanwhile, Russia grabbed its first victory of the Grand Prix, topping the Dominican Republic in four sets after suffering three straight five-set losses on opening weekend.

The Dutch dominated the net both offensively and defensively in a sweep of Belgium on Friday. The Netherlands managed 16 more kills (48-32) and outblocked its foe 8-5 in the victory. For their part, the Belgians served up six aces, while holding the Dutch to two.

The teams were knotted at 18 in Set 1 before the Dutch grabbed control and hung on for the 25-22 win. The Netherlands went up 14-10 in Set 2 and never looked back, before boasting a 15-13 lead midway through Set 3 en route to the sweep.

“It wasn’t a good game, we made a lot of mistakes, especially at the reception,” Dutch captain Maret Balkestein-Grothues said. “It was difficult to play, but our block was rather stable, I think we won because of that.”

“That was the worst game we played at the Grand Prix,” Belgian coach Gert Vande Broek said. “We could not take the opportunities. I can’t be satisfied with the result. We didn’t push Holland to the limits. We were close but made a lot of individual mistakes.”

The Russians capitalized on 29 Dominican miscues to overcome a 16-10 deficit in blocks and a two-point deficit in kills (48-46). Six aces also highlight the win for Russia, which allowed just one ace in return.

The Russians committed just 18 miscues in the match to help sew up the win.

“The team deserved this victory, the players didn’t give up whatever happened on court,” Russian coach Vladimir Kuzyutkin said. “Dominican Republic team is very stable and we knew it would be a difficult match. Russian team prepared for that and showed it on court. We had a chance to test new players though we still need strong attackers. The players didn’t give up, held the focus and have improved their performance.”

“We started the game with intense and strength, but then Russians made substitutions and it cost us a lot of points,” Dominican Republic coach Marcos Kwiek said. ”After the third set we had a lot of problems with reception, Russia have a very good block and it was difficult to fight with that.”