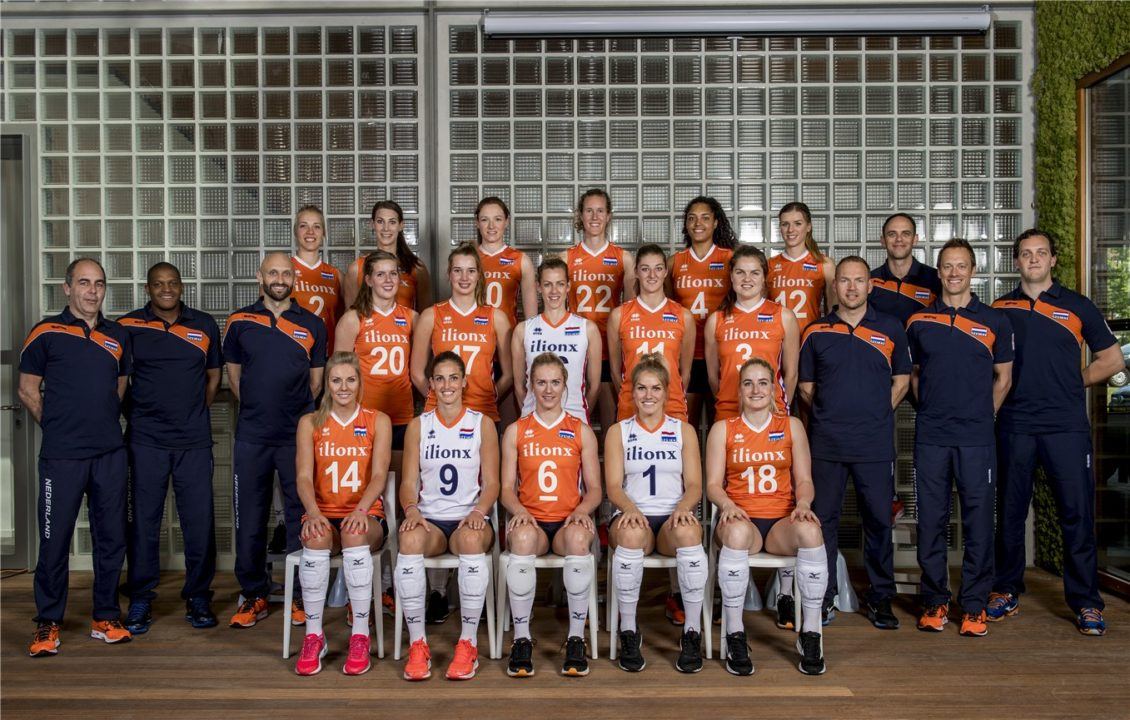 With a roster of 21 players that have collectively amassed 2501 senior international caps, the team is looking to build on its 2016 Grand Prix bronze medal. Current Photo via FIVB

Experience is on the side of the Dutch team at the 2017 World Grand Prix. With a roster of 21 players that have collectively amassed 2501 senior international caps, the team is looking to build on its 2016 Grand Prix bronze medal.

The Netherlands side, which finished fourth at the Rio Olympics behind the Americans, features opposite Lonneke Sloetjes. Sloetjes was named Best Opposite at the 2016 Grand Prix as well as at the Olympic Games and in the 2017 CEV Champions League. She already has two titles under her belt in 2017 as a member of the VakifBank Istanbul side, which won gold medals in the Champions League and at the Club World Championships.

Stam-Pilon, who had racked up a team-best 347 caps coming into the summer season,  was a member of the Dutch team that won the 2007 Grand Prix title, the country’s lone global gold.

Balkestein-Grothues will act as team captain for the second straight year. She will joined by 15 other returners from the 2016 Grand Prix roster.

The Netherlands are coached by American Jamie Morrison, who joined the team in February. Morrison formerly was an assistant coach for the U.S. Women’s National Team, when it won the 2014 World Championships and took bronze at the 2016 Olympics.

The Dutch begin their push to make it back to the Grand Prix podium on Friday against the Dominican Republic in Group C1.