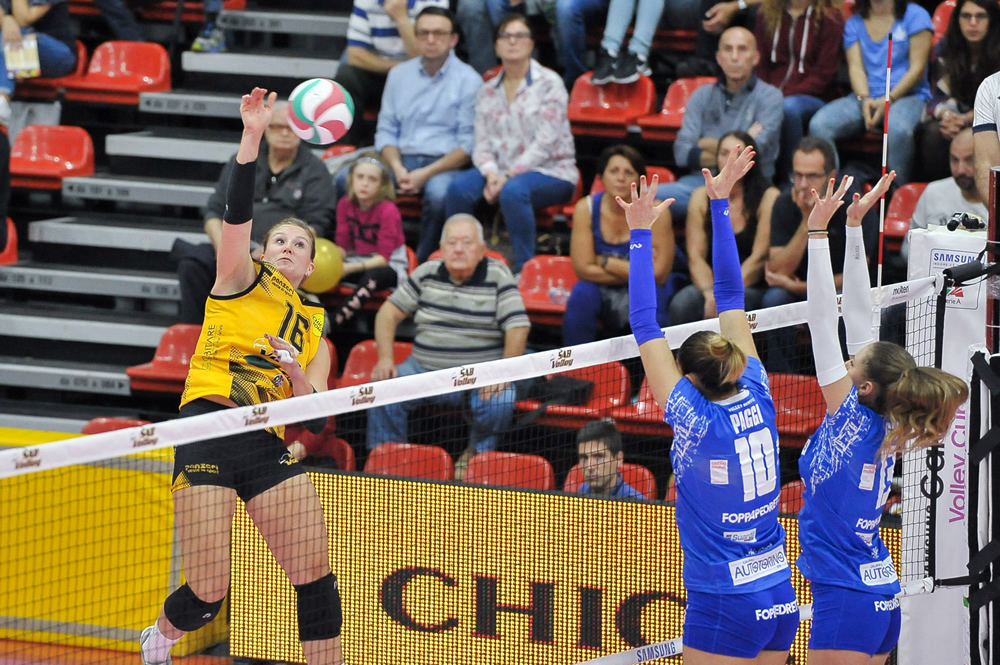 Sonja Newcombe, who has recently signed with Superliga’s Minas Tênis Clube, has just arrived in Brazil this Thursday morning. She has already met club headquarters, players, staff, and will undergo medical tests throughout the week. Minas took to Instagram to celebrate her arrival:

According to Melhordovolei.com.br, Sonja celebrated her move to Brazil:

I am very excited to be in Brazil. I want to start training as soon as possible and I am very anxious to meet all my new teamates.

The 29-year-old 6’1″ outside hitter played college ball at the University of Oregon from 2006 to 2009, where she was Named AVCA All-America Second-Team as a senior. With Team USA, she won the Pan-American Cup in 2014 and 2017, and was also on the preliminary roster for this year’s FIVB Grand Prix.

Minas is currently in 4th place in Superliga’s standings with a 8-5 record. Newcombe will be joining former Team USA standout Destinee Hooker in the club.