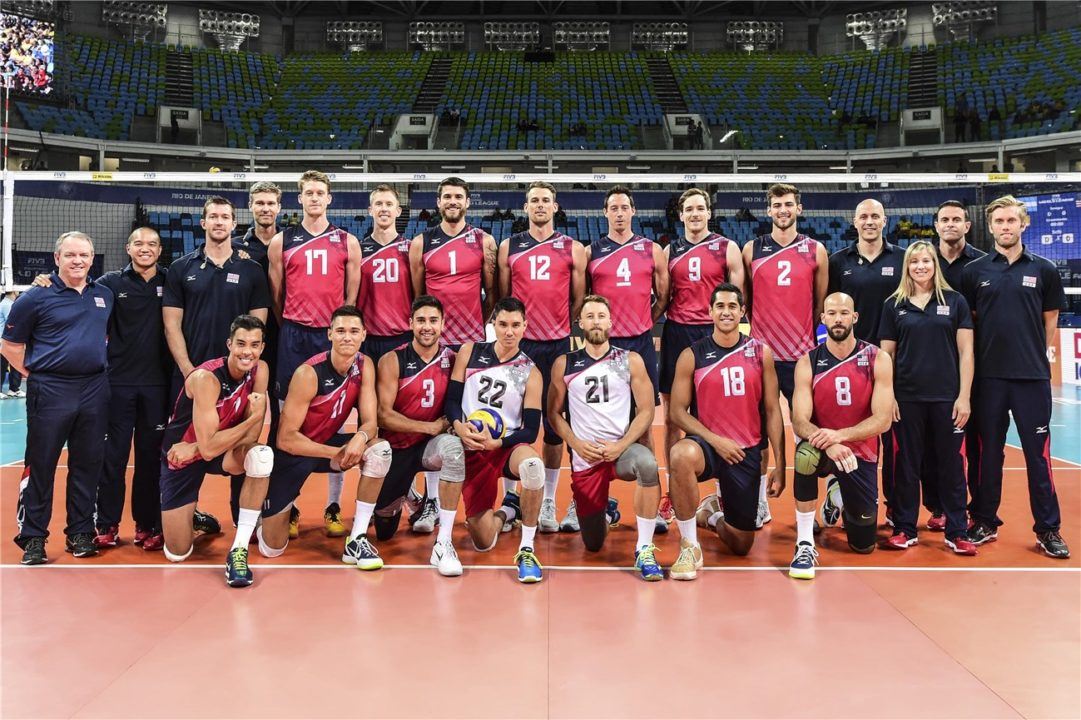 The United States revealed its official 18-man roster for the men’s World League Championships, beginning June 2 on Monday.  The men, currently ranked second in the world,  will be looking to secure their third World League gold medal, following 2008 and 2014 and improve on their  fifth place finish at the last World Championships.

The 18 players on the official squad are the same 18 on the preliminary roster announced May 4. In addition to the six Olympians, five other players have previous World League experience: outside hitters Jayson Jablonsky and Garrett Muagututia, opposite Carson Clark, middle blocker Dan McDonell and libero Justin Watten.

Several of the players are following up successful club or collegiate seasons, including AVCA Player of the Year TJ Falco from Long Beach State. Ben Patch and Jake Langlois of BYU were part of Cougars’ NCAA runner-up squad. Langlois recently signed his first pro deal with Gi Group Monza in the Italian Serie A.

Christenson won the Italian Serie A1 title with his Cucine Lube Civitanova squad May 8.

Fourteen of the 18 players can be chosen for each World League weekend, as long as two are designated liberos.

The U.S. National Team began training on May 8 and is set for a May 26 scrimmage at Santiago Canyon College in Orange, California, as part of a doubleheader with the U.S. Women’s National Team.

The U.S. Men will play three matches each in Serbia, France and Poland from June 2 to June 18 in the World League opening rounds. The top five teams will qualify for a final round in Brazil, July 4-8.