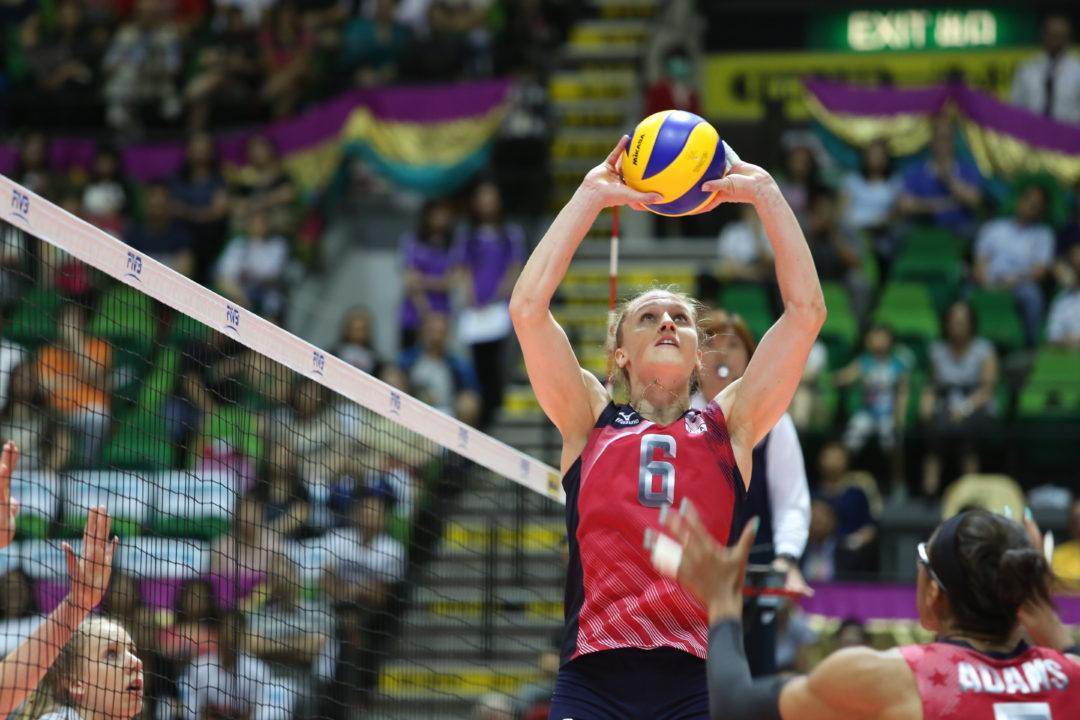 Carli Lloyd, a 2016 U.S. Olympic team reserve that played in 7 of 8 American matches, will be the captain of the 2017 FIVB World Grand Prix. Current Photo via FIVB

2016 U.S. Olympian Carli Lloyd has been named the captain of Team USA’s squad for the 2018 FIVB World League. This will make her first captainship for a senior international team for the United States.

The 27-year old setter played collegiately at Cal and currently plays professionally at VBC Pallavolo Rossa in Italy. She was the second-leading scorer among setters in the Italian league last season with 84 points in 88 sets (which gave her the highest points/set average).

Lloyd wasn’t even the Americans’ top setter at last year’s Olympics, though. That honor went to Alisha Glass, who announced her retirement after last year’s bronze medal and with a spot on the Olympic Dream Team, leaving Lloyd with large shoes to fill. Lloyd did play in 7 of the Americans’ 8 Olympic matchups, however, including the first two sets against the Netherlands in the bronze-medal match. In that bronze medal match, Lloyd set 9 balls for the Americans and recorded a dig defensively.

The men’s National Team also announced a setter, Kawika Shoji, as their captain for the World League.

The 2017 FIVB World Grand Prix gets underway on July 7th, with the Americans’ first matches being played in Kunshan, China. The United States won the silver medal last year after losing to Brazil 3-2 in the final.