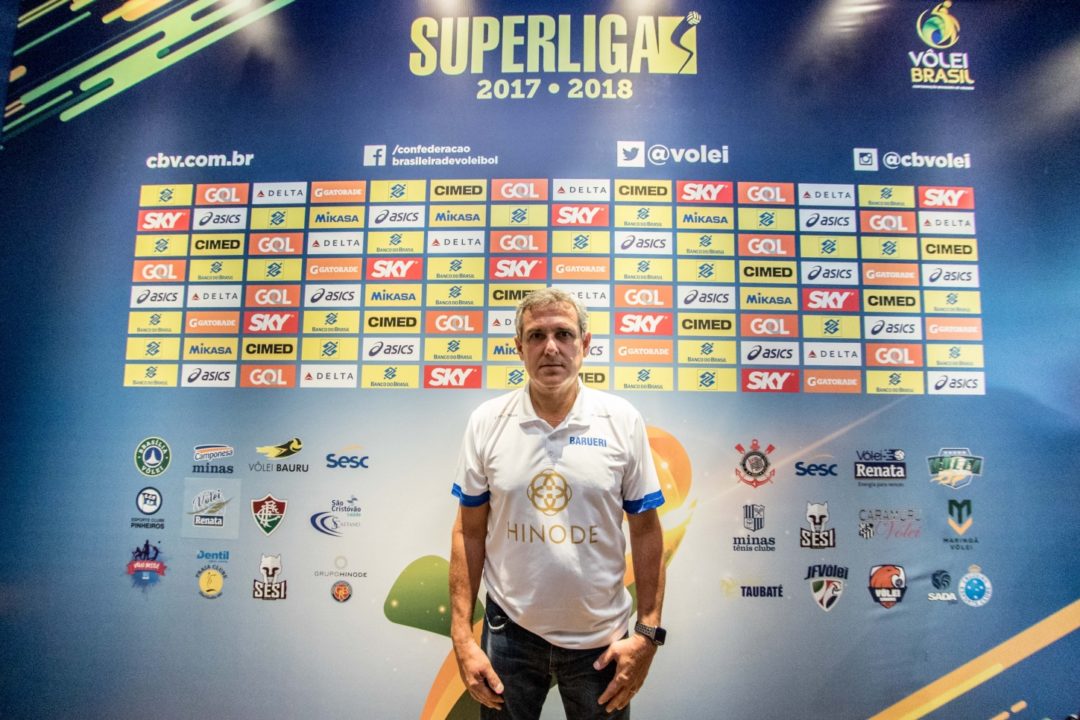 Superliga's first round of 2018 Current Photo via CBV

Superliga debuted into 2018 with a bang for home teams, as the round’s 5 hosts started the year with easy wins over their respective opponents. To highlight, Barueri, which has all its stars recovering from injuries, snapped a 4-game-losing streak and Vôlei Bauru finally started pushing for playoff contention after a very slow start. Below, you’ll find recaps from all of the round’s games.

Superliga now has 4 American players signed to clubs (Sonja Newcombe, Carli Lloyd, Nicole Fawcett, and Destinee Hooker) but only Hooker took the court this round, as Newcombe is still getting in playing shape, Barueri has not given the media any news about Lloyd, and Fawcett’s Uberlândia had the week off.

Hooker’s play made up for her compatriots’ absences though, as she was superb on Minas‘ win against Fluminense, netting a game high 17 points on 16/33 (48%).

Team of the Week

Despite starting the season strong and fighting for Superliga’s top-4 places on the standings, Barueri‘s season started going south after its first 8 games, and the team flirted with falling out of playoff contention. This round, however, José Roberto Guimarães squad snapped a nasty 4 game losing streak and was finally able to win a game 3-0 after quite some time, building confidence for its next match-ups. To top it off, the team signed Team USA’s standout Carli Lloyd to a contract and superstar Thaisa Daher is back to training full time. Barueri‘s season can only go up from here.

Whenever one sees a 12/17 (71%) hitting performance in a women’ s games, one would automatically assume the performance was that of a very competent middle blocker. Yonkaira Penã, though, was able to pull of this masterpiece as an opposite hitter. She also had two aces and a block to close off her day and help Sesc win an easy 3-0 match over Valinhos. Looks like Bernadinho’s mid-season acquisition is paying off big time.