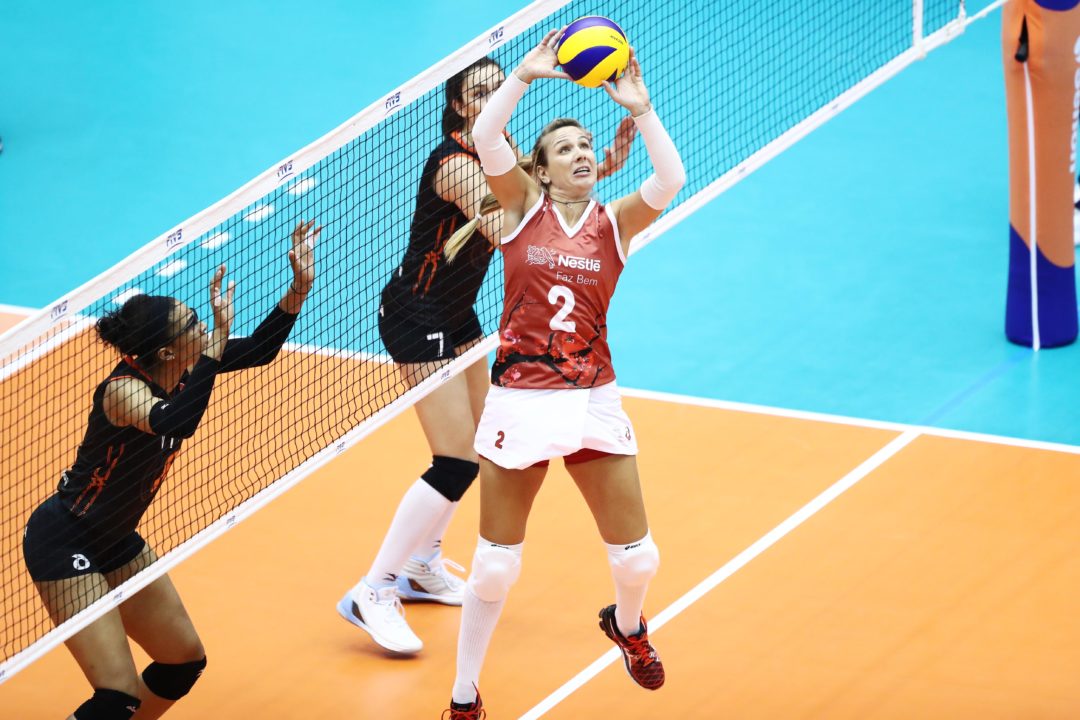 Carol Albuquerque turns back the clock Current Photo via FIVB

Not many teams in the world can boast about having two top tier setters at its disposals like Osasco does. Starter Fabiola Souza is a World Championship silver medalist and was in the Rio Olympics national team roster. She is a lock for the starter’s spot in this year’s roster, as well, as arguably the best current active Brazilian setter, at least until Dani Lins is fully recovered from her pregnancy. Fabiola’s back up, Carol Albuquerque, now 40 years old, has an Olympic gold medal (2008) in her resume. Both are key to the team’s hopes for Superliga playoff success, but as of lately, Carol has turned heads with her strategic play.

In Osasco‘s four playoff games so far, Carol has acted as her team’s closer, subbing in for Fabiola mid game and finishing the deal. It has worked wonderfully in 3 of them, all Osasco wins. Coach Luizomar de Moura recognizes how lucky he is to have such a deep roster (Globo.com):

“Carol is very experienced, just like Fabiola, who has started the games well. Carol has finished them very well also. I am privileged to have two experienced setters to play such a hard playoff series.”

After suffering a series opening loss against Uberlândia, Carol played a key role tying the series at 1-1. Her performance earned praise from teammate Tandara Caixeta:

“We were able to take advantage of our opponent’s mistakes, something which didn’t happen in the first game. Carol’s participation in the game was instrumental.”

Carol is pretty humble when it comes to acknowledging her role in the team:

“Everyone that comes into the game from the bench does so thinking about helping the team. Our roster is deep, and now the series is tied at 1-1. We know that our mission is hard, but the important thing now is to rest, recover, train, and study our opponent to go at them next Friday.”