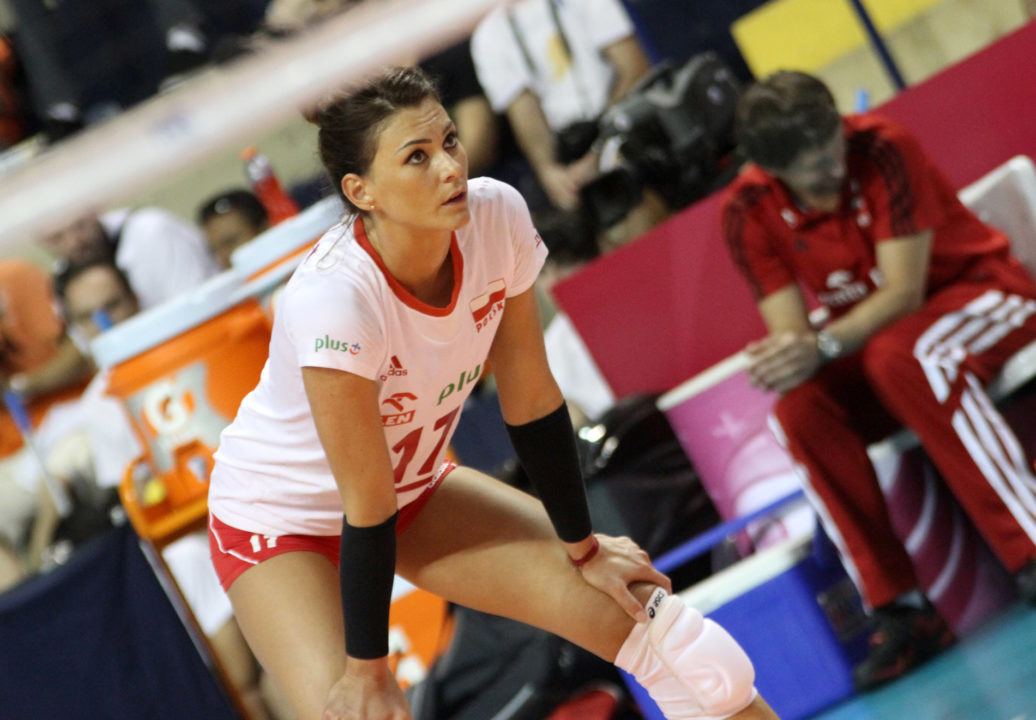 Will Katarzyna continue her volleyball career, or is she calling it quits? Current Photo via FIVB

The Polish Katarzyna Skowronska was one of Barueri’s biggest signings of the season, along with international superstars Jaqueline Endres and Thaisa Daher. She arrived in Brazil injured, still treating an ACL tear in her right knee, and slowly got back into shape. When she finally arrived in her best playing condition, she was a force to reckoned with. Although very serious in her demeanor, when Barueri was eliminated from the playoffs, she surprised everybody on the arena and fans watching the game on TV when she broke down in an uncontrollable sobbing. The team tried to console her to no avail.

Katarzyna has recently talked to the Polish media about her Brazilian adventure (Siatka.org):

“There were no big expectations in the club because our team was a newcomer, but the goal was to defeat Osasco and advance to the semi-finals. I was injured, so was Thaisa and Jaqueline. The team was assembled on a hurray. Nevertheless, we were making progress and playing at a high legel. Even at my wildest dreams, I did not think that after the injury I would be a Brazilian champion a newcomer. The league is very even, the meetings were at a very high level. This was a great experience for me. But it’s a pity anyway, because my heart was left on the court. I can not lose, that’s why there is anger and sadness

I am glad that I finished this season healthy, that my knee lasted and that I came back to my normal playing level. On the one hand I’m proud of myself that I was playing, and on the other hand I’m sorry that I could not get to the semi-finals. I do not want to about the future yet. I plan to rest, enjoy the sun. In Brazil, we are at 35 degrees Celsius right now, it is the fullness of summer. But for Easter, I intend to return to Poland. I have to think about whether I still want to play volleyball. I ‘ll make a decision later. Nobody will decided this for me, and I am not in a hurry.”

Will Katarzyna return to Barueri, or will José Roberto Guimarães bring back to the courts his national teamer of long date Sheilla Castro? Either way, the team will be very well served.